At the Arcé Law Group
We are Ready to Fight
for Your Employee Rights
Contact Us for a Free Consultation
Home
Attorney Profiles
Jesse S. Weinstein 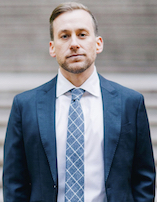 Jesse Weinstein is an experienced employment attorney at the Arce Law Group. He is a sharp negotiator with a meticulous investigative approach to each one of his cases. As a result, he has secured millions of dollars in settlements for his clients through pre-suit negotiations, mediation, and litigation. Some of Jesse’s most notable settlements include $675,000 for sexual harassment, $650,000 for gender discrimination, $800,000 for age discrimination, and $450,000 for race discrimination.

Additionally, Jesse was recently selected by Super Lawyers in 2019 and 2020 as a “Rising Stars Honoree" in the New York City region for his contributions in the field of employment discrimination. He was also selected as a “Top 40 Under 40” attorney for “The National Trial Lawyers.”

Prior to joining the firm, Jesse was an Assistant District Attorney at the Bronx County District Attorney's Office, where he gained substantial trial experience as first-chair counsel in several jury and bench trials. He also led complex investigations and conducted dozens of hearings and grand jury presentations.

Jesse also served in the United States Navy for four years as an Operations Specialist, which included a year-long deployment to the Middle East in support of Operation Iraqi Freedom. After his enlistment, he completed his undergraduate studies at Pace University and attended law school at American University Washington College of Law.

State Courts Admissions
Federal Courts Admissions
Contact Us
Practice Areas
Client Reviews
★★★★★
Gregory Kirschenbaum is an awesome attorney. He helps and understands clients need. He was very helpful and attentive towards me. I'll recommend him and the Arce Law Group, P.C. to anybody who needs legal assistance. Hector R.
★★★★★
Bryan and Greg, I am very pleased and satisfied in the manner that my case was conducted by you two lawyers. I appreciated you all very much. Thanks for a job well done. Ishmael C.
★★★★★
Arce Law Group was there for me during a trying time with my former employer the firm resolved my case to my satisfaction. Elijah C.
View More
Submit a Law Firm Client Review